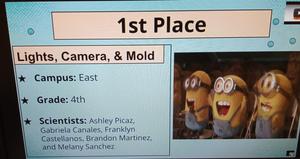 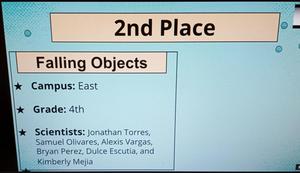 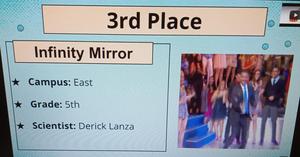 A lot has been said about science in the era of the pandemic. Science took place at The Varnett Public School, too.

Fourth- and fifth-grade students entered projects that showcased the students’ inquisitive minds and triggered an exploration into science. The April 5 event featured a gallery walk of projects, words from Varnett Superintendent Margaret Stroud, project highlights, the announcement of the winners and words from the winners.

Selected students were asked to explain the hypothesis (what were you testing?) and conclusion (how did you support your hypothesis.

Why science is for me (Video)

The judging by three judges wasn’t easy. The rubric had criteria based on:

--Completing steps of the scientific method

--Completing multiple trials of the experiment

--Having a neatly organized lab report.

First place earned a large trophy, second place a medium trophy and third a small trophy, But everybody was a winner because runner-ups received a certificate and a medal.

The event was hosted by Ms. Jones-Allen and Ms. Whitaker